The setting is a world very much like our own. When it is about to enter a traumatic period of history akin to the persecution we experienced during the Spanish Inquisition on Earth, aliens appear on the world of Espada and stop it from happening.

“Are you devils?” asked Reina Resoluta.
“Think of us as your Benefactors,” the aliens replied.
La Reina gave them a knowing wink. “Of course. And will you, O ‘Benefactores,’ bestow uncanny powers on all Espadans who sign away their immortal souls to you?”
The aliens shrugged. “Close enough.”

As the flavour text reveals, the characters in the world of Espada have no understanding of what extraterrestrial life might be. They so use myth and folklore to describe the intervention.

In the game, players are magos who think they’ve sold their souls to these creatures in exchange for power. That’s not actually what’s happening. In reality, characters are auditioning to access the “cosmic consciousness” of the aliens, a process that will begin the next phase of the evolution of humankind in the realm.

The RPG uses cards, a custom “Deck of Destiny” (“La Baraja del Destino”) with art by Rebecca Huston. These cards are interpreted to determine the magos’ successes, failures and fates.

The game can be played as an RPG or used as story prompts.

A Kickstarter is planned for 2022.

Outland’s staple of RPGs has been growing steadily through acquisitions, and the publisher, days ago, announced the Nothern Steele RPG. 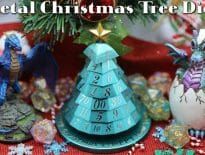 Tabletop & RPGs It’s not too early for Christmas… dice… 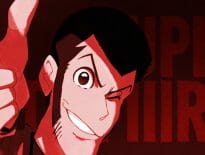