Ron Lundeen is perhaps best known as Paizo Publishing’s lead developer for their Adventure Paths. This week, Iron GM Games announced that Lundeen would also be helping out with Grimmerspace.

Grimmerspace is a sci-fi horror that’s powered by Paizo’s Starfinder.

The project, which Kickstarted and is still in playtesting, has celebrity backing in the form of Lord of the Rings and Stranger Days actor Sean Astin.

The high profile project will benefit from Lundeen’s presence, as it’s significantly behind schedule for some of its deliveries from the Kickstarter.

A detailed report of progress is available to inspect at any time, though. It contains several pages of detailed and transparent progress checks. 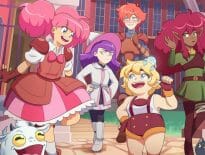 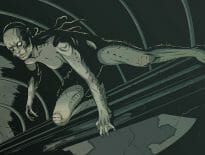