You are here: Home / TV / Anime / Monsters, mechs and miners: A review of Sakugan

Sakugan is an anime I’ve been optimistic about since the first teaser trailer, and now with episode one safely in my eyeballs, I’m feeling confident it’ll deliver.

Sacks & Guns (Sakugan!) is an adaptation of the novel Sakugan Labyrinth Marker, and that’s a name worth breaking down. Sacks & Guns is or should be a nod to the theme. Labyrinth is both the underground city we’ve retreated to and the dangerous outside world. Markers are the character class, the career, that the main characters aspire to.

There are cyberpunk vibes here. We’ve wrecked the planet, or so it seems, needed to move below the ground to survive. It’s not that dark, as the sprawling city of Labyrinth is lit by neon and the flickering lights of technology we’ve become dependant on. Class divides are harsh and stark.

But, it’s a grungy cyberpunk with the technology being mining technology. There are no flickering holograms, not that I’ve seen in episode one, but more in the way of pipes, bridges and cranes. Dad’s take guns to work. It’s sacks and guns cyberpunk.

The labyrinth is what constrains our characters. First up is the precocious Memenpu, a genius 9-year-old who wants to escape, chiefly to find her mother and a white tower that seems to command her sole focus. The two, I think, are linked. She can’t; she’s stuck in the centre of the labyrinth where she works to live and has a father who is unwilling to let her go. Then there’s Gagamba, the dad, who’s stuck being a single-father, who just wants his young daughter to get to be a child for a while and rightly seems concerned about the dangers of the labyrinth outside.

Then there are the Markers. In episode one, I sense not for long; Gagamba and Memenpu are miners. They are fast, proficient, effective, keep the city running, we’d be lost without them, but they’re the lowest of the low.

Markers explore the greater labyrinth into the dangers, chart, explore, and discover. Memenpu badly wants to become a Marker.

I was lucky enough to get an advanced look at Sakugan. For the first time in years, the “reviewers screener” copy was frustrating!

I had “Not final” stamped across the screen. I had warnings about not sharing this early copy written across the top of the animation, reminders that they know where I live, had assassins in place, and laser-scoped rifles aimed by trigger happy lawyers if I even thought about breaking the embargo. I exaggerate, but there were words on the screen covering up the beautiful details of Sakugan’s animation.

I’m used to text, but Sakugan is one of those shows that takes pride in the detail.

Yes, there are mecha, and the producers know the audience will pay close attention to their designs. You don’t get to handwave mech, not if you want to be taken seriously.

Also, yes, there are monsters and dangers out there in the darkness. I expect we’ll get as much attention on their designs as we do for mecha detail.

What struck me about Sakugan is the character and world-building detail. The urban splash of Labyrinth is incredible. The dark towers that reach up into the shadowy dome of the city are shapely and precise. Clothing of backing, of background, characters have patterns and flourishes.

Most of all, the world has depths. There’s trash, rubble and steam. There are straws in mugs, logos on wrappers and layers of detail.

It’s easy to get into the Labyrinth because the illustrators bring it to believable life. I wonder how easy it will be to leave.

It’s cliche to talk about “full range of emotions” or suggest there’s any sort of scale of linear progression on which action anime can be charted.

However, the Sakugan we start with is not the Sakugan that we finish within the space of just the opening episode.

We’re very quickly shown that neither Memenpu nor dad Gagamba are ordinary. They’re highly competent. In fact, they seem about the only things that can constrain each other.

A daddy-daughter buddy series, then?

The genres tumble past. Kaiju? Got it. Conspiracy? That’s there. Life-of-life, albeit underground life, absolutely.

Now, one episode is too little to call so much on, but Sakugan’s intro leaves us with an emotional gut punch. As the show flicks back and forth between sacks and guns realism and fantasy adventure, it settles with a gut-punch of emotional truth.

Loved it. Bring me episode 2!

Monsters, mechs and miners: A review of Sakugan 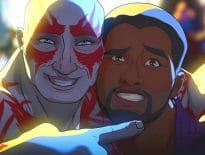 TV What if… Marvel did a new trailer for their … 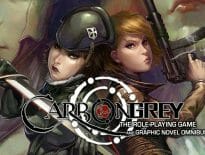