Tom Parkinson-Morgan is the co-creator of the sci-fi hit Lancer RPG and has today released the free to download ICON playtest.

ICON is inspired by the vast open unknown of wildernesses sometimes encountered in anime, video games and mythic fantasy. You know the type; fields of green seem to go on forever, but characters surely find dangerous ruins fit for exploring.

The tabletop is set long after a mighty empire with arcane technology feel. Now civilisation has recovered enough, rebuilt enough, and learned a dangerous amount of lore to consider what these ancient discoveries could be used for.

You take the role of an ICON, a larger than life hero, caught between the turning of two ages. Long ago, the cruel and prosperous Arken empire ruled the land until it fell to the Doom. Over time, the land healed, and the idyllic, pastoral Green Age came to pass. Now, however, that peace is threatened by the coming of the Churning Age. With dungeons literally erupting from the earth and monsters pouring out in great blights, Kin increasingly turn their hearts to plundering their depths for riches and power, and their hands to their sword hilts. Will you have the strength to resist this age, or will you claim its terrible power for yourself?

Tom says the game is influenced by the French comic artist Moebius, Studio Ghibli and games like The Legend of Zelda, Shadow of the Colossus and Dragon’s Dogma.

ICON uses a stripped-down version of John Harper’s Blades in the Dark, a favourite of Parkinson-Morgan.

Published via the Massif Press Itch.io account, the game also has elements familiar to Lancer players. For example, there are two modes of play: narrative and tactical. One is used for roleplaying, one is for a grid-based skirmish game. Also, like Lancer, the details of the world setting is left up to the GM. The game itself shapes the world with broad thematic strokes.

The ICON playtest is entirely free. You don’t even need an Itch.io account, and v1.1 of the game is 142 pages. There’s even art, anime-esq in style, fitting well with the influences attributed to the game. 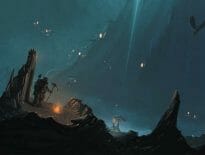 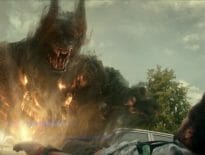