The one-page RPG jam on Itch launched a few days ago. It was empty, of course. The goal was to see if people could write and produce a one-page RPG in time and get it live.

Today, there are 30 submissions and over 400 people taking part with an eye to a submission.

The theme for the year is borders.

One-Page RPGs are booming. In part, it’s because they’re an excellent way to get into RPGs, as they’re easy to read and get going. By design, the complexity of these games is much reduced. However, that doesn’t mean One-Page RPGs are just for newbies. Many are challenging.

One such hero example is Honey Heist from Grant Howitt. In the game, you have two stats: bear and criminal, and you’re a bear trying to steal some honey. Your bear stat or crime stat will change with each roll, and if either one hits 6, you’re out. It’s a challenge!

There’s Vrakroth’s Guide to Creature Cataloguing which is free, but suggests $1.

Vrakroth’s Guide to Creature Cataloguing is a one-page diceless journaling game penned by the dragon, Vrakroth. With it, you and up to two more friends can use the prompts to create your own creatures by writing down various traits. Once you do so, you use what you wrote to catalogue the creature and write a short myth about it. The only limits for the amount of creatures you can make is your imagination!

It’s late October 2010. As you and your fellow store associates relax in breakroom, the radio reports strange goings on all over town. Power goes out, and as the emergency generator kicks on you hear nothing but static on the radio, and screams of terror from the book aisles.

You and your band of fellow Borders Associates have one hour to escape the store but strange creature, frightful villains, and other bizarre obstacles ripped from the pages of your favorite books stand in the way. Will you survive the Bookstore Apocalypse?

It’s worth nosing around Itch (and similar sites) for other One Page RPGs, not all are part of this Jam. Zadmar has, for example, released many across multiple platforms with Halfling Hustlers a recent example.

Halfing Hustlers is entirely free, with no price prompt, and while it is a self-contained one-page RPG, it can also be used as a micro-setting for Tricube Tales.

In decades past, the halflings lived happily in their peaceful village, drinking ale and tending their gardens. But as the nearby town of Stonebridge expanded its borders, the small folk were gradually driven from their homes and forced to adopt an urban lifestyle within the human settlement. 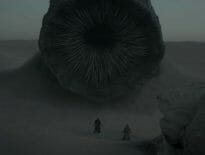 Movies Facedown the dreadful maw of the sandworm: Dune… 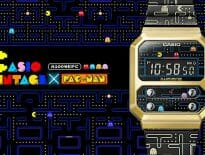