There was a world of difference between the first Torchwood series and the Children of Earth mini-series. In some ways it was almost a set up; you were led to believe that Torchwood was this silly romp that was ‘adult’ only because of its sexual references. Then they hit us with Children of Earth.

In an interview with SFX Russell T. Davis says

So it seemed; Torchwood got good just as we lost it. That was when Starz stepped forward, and with the support of BBC Worldwide and BBC Wales the next series of Torchwood was commissioned.

Davis wants us to know it’ll be more like Children of Earth than the original flavour;

This story is also very dark

We know Torchwood is going to continue on from where it left off but it’s also starting again; much of the Starz audience may never have seen it before. We’ll have Gwen and Jack. Davis has said there will be new American characters too. He’s confident about his ability to pull this off. Here’s what he said in the SFX interview.

“For faithful viewers you’ll see the same people in the same world, following on.”

“Though it also starts from scratch, because there’s a brand new Starz audience there… waiting to be scooped up. But I restarted Doctor Who in 2005 from scratch, so I know what I’m doing.”

I think he’ll have to overcome Barrowman’s current UK persona, though. It’s hard to imagine the singing  presenter doing anything other than camp daytime TV right now.

We’ll have to wait a little while. Torchwood isn’t expected on BBC or any of the Starz channels until next summer. Will you be watching? 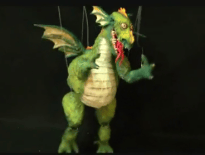 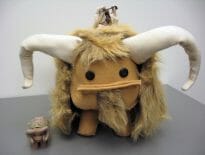