You are here: Home / Books / Comics / A Grain of Truth: The Witcher’s new graphic novel is based on an Andrzej Sapkowski short story

Andrzej Sapkowski, the author of The Witcher, will see his short story collection The Last Wish adapted by Jacek Rembis (Frostpunk) and Travis Currit (The Witcher 3: Wild Hunt, The Witcher: Curse of Crows, The Witcher: Of Flesh and Flame) into a graphic novel.

Jonas Scharf (Bone Parish, War for the Planet of the Apes) will provide the art with Kai Carpenter illustrating the front cover.

The news comes from Netflix’s WitcherCon this weekend, with CD Projekt RED and comic publishers Dark Horse on board.

The famed witcher Geralt takes a shortcut down a beaten path where he makes a grim discovery of two corpses. Backtracking their trail, he’s led to a derelict mansion adorned with a rare elegance he can’t ignore. Geralt is met with the mansion’s owner—not quite human, but a beast with the faculties of a man. Unfazed by his monstrous appearance and displays of aggression, the beast invites him inside. A kind, but wary host, he shares stories of his family, his life . . . and his curse. If the weight of his misdeeds could condemn him to the body of a beast—a retribution spoken of only in fairy tales, could there be another grain of truth in these tales of fantasy—one that could help him elude his fate and lead him to salvation?

The story will reveal the truth behind certain fairy tales in the mythology of the series.

The Witcher: A Grain of Truth is expected for April 2022, with a May 10th release (a good date) for the bookshops to get it after the comic stores have had first dibs.

However, you can pre-order it now at Amazon, Barnes & Noble as well as some local comic shops.

Competition: The Tower of Fools from The Witcher author Andrzej Sapkowski

A Grain of Truth: The Witcher’s new graphic novel is based on an Andrzej Sapkowski short story 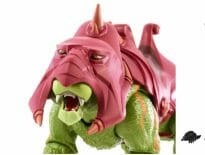 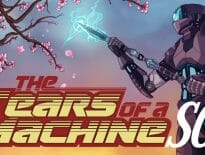