You are here: Home / TV / Anime / Deep Insanity is a Square Enix transmedia project with game, anime and manga

In a project that seems ambitious even for a giant like Square Enix, Deep Insanity is lining up all the things to woo geeks.

A mystery disease, Randolph Syndrome, sweeps through the population, and people simply drop into comas. The source of the problem is found before the cure; it’s coming from somewhere deep in Antarctica.

The anime Deep Insanity: The Lost Child now has a trailer.

Inside the Antarctic discovery are alien new resources and strange creatures.

Written by Norimitsu Kaiho, the manga Deep Insanity: Nirvana launched in February, but I can’t find an English-language version of it.

The game Deep Insanity: Asylum advances the timeline and to when Randolph Syndrome is rampant. Asylum is due out in September and expected on iOS, Android and PC.

Deep Insanity is a Square Enix transmedia project with game, anime and manga 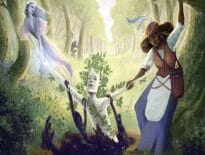 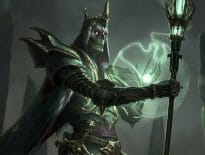