You are here: Home / Games / Tabletop & RPGs / Free to Download: Synthicide – Sharpers in the Dark

Synthicide RPG is a post-apocalyptic RPG from Will Power Games. It’s in DriveThruRPG’s apocalypse sale right now, reduced from $9 to $5.40 and is an electrum best seller.

The grimdark cyberpunk RPG casts players in the roles of sharpers, criminals who try and survive in a galaxy where robots are worshipped like gods. Sharpers drift from planet to planet in their smuggling spaceships in search of their next meal.

But, change is afoot in the cybernetic future.

Synthicide: Sharpers in the Dark has been released as a free to download quickstart. It’s been made available ahead of a Kickstarter to port Synthicide over to Forged in the Dark. We don’t have a timeline on that project yet, nothing beyond “coming soon”.

However, there is a Will Power Games Discord that was created for GenCon Online.

Whereas the characters may not be as evil as all the other survivors of the P-virus they still have to break the law to pay for the expensive fuel for their ship and their own food.

Just how dark is the grimdark future? Just how evil are the characters? It depends on the group. The players work with the GM to establish the tone and style of the game.

Life under the auspices of The Tharnaxist Church isn’t easy, though. The priests are cybernetically enhanced zealots who worship the synthetic god Ranix. Priests deliberately deprive the galaxy of food, safety and real law. They control intergalactic trade and travel, caring only about synthetics and their own power.

Synthetics go through personalities, and sometimes quite suddenly. A synthetic that had been happy to do manual labour for 100 years might, according to Will Power, begin one-day hunting orphans for sport instead.

Will Power Games have been productive recently. In May, the publisher launched Death Divers, which is reviewing well, and is a setting for the Heroic Dark RPG released only a few months before. 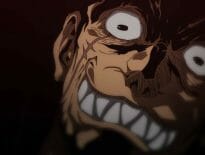 Anime Warner Bros treat us with subbed Record of Ragnaro… 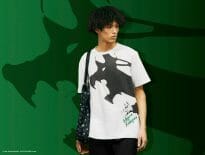