There’s been a long wait for Neill Blomkamp’s next feature. Critics were harsh on Chappie, harsh on Elysium and rightly full of praise for District 9.

We’re told Demonic is a self-funded, low-budget effort from Blomkamp made during the pandemic. It’s described;

A young woman unleashes terrifying demons when supernatural forces at the root of a decades old rift between mother and daughter are revealed.

The trailer certainly grabs attention but does not show much. We see Carly Pope (Elysium) taking part in some sort of VR study and encounters something with claws in this virtual world.

Living out here in this slightly more rural area I was thinking we should self-finance something so that we could make something cool. For a long time, I’ve been really interested in films like Paranormal Activity and lower-budget stuff that is pretty terrifying, and so we just started working on this concept. It grew and it got bigger than films like Paranormal Activity but it was cut from the same cloth really. So that’s what it is. We made use out of a lot of the locations out here and just shot it through the summer.”

Chris William Martin (Aliens vs. Predator: Requiem), Michael Rogers (Supernatural), and Nathalie Boltt (District 9) all appear in the movie, which is a pretty geeky cast.

Demonic is due out from the 20th in the States and the 27th in the UK. 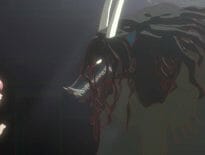 Anime Beauty and the Beast for the VR generation: Belle … 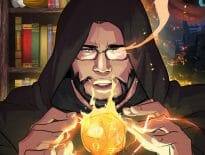