We know Wizards of the Coast are working to bring some old D&D settings to 5e. What do you think they might be?

Gamma World is a post-apocalyptic setting for D&D. Characters might encounter mutant plants and twisted animals. It’s an old product, though, and carries Wizards’ warning that some of the legacy content might not align with the company’s current values.

The first edition came out in 1978, a few years after D&D and was designed by Gary Jaquet and James M. Ward. The apocalypse featured in it as a second nuclear war that hits the planet in the 25th century.

While that means the original planet is Earth, the radiation (the Gamma in the title) has left a setting that feels very different. And dangerous.

In addition to the core rules the bundle contains;

Hi folks,  Most of the comments to this post haven’t been approved because they cross the line. I’ve approved a few of the “safer” ones for balance and to show the strength of feeling here. As guidelines, if you use “social justice warrior” as a pejorative, you’re not with the spirit of the blog. Change is good; making changes to welcome people to the hobby is good, but no one is coming to take your books away or police your private time. On that note, attacking people who worry about change, who feel that their way of life is under… Read more »

Buy it off Ebay (as I did) or sail the open seas, but don’t give WOTC money for products they don’t respect. They also don’t respect the consumer because they are basically saying ”you are buying a product written by bigots, played by bigots” so you too must be a bigot. Stop buying from a company that hates you.

They’re saying exactly the opposite. To me, the disclaimer reads, “The contents of this game were fine at the time, but culture has changed.”

Buy it wherever you want; just please try and think of ways to support the designers, artists and other people who work in the industry. If you prefer buying indie RPGs to Hasbro-owned international giants, then I totally understand!

Yeah, remember when you could wear your prejudices with Pride, without people recognising what a turd you are?

Sounds like some of these commenters are mad that they can’t be assholes without recourse anymore. 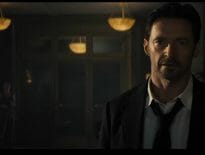 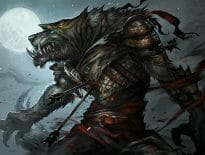