The trailer for Infinite begins with high tension as Chiwetel Ejiofor enters a dark room and confronts Mark Wahlberg first with a sword, then with a gun.

It’s either truth or death.

Wahlberg’s character discovers that his hallucinations are visions from other and infinite lives.

Infinite was scheduled for a cinema belief but was derailed by the lockdown. Now it’s heading to Paramount Plus and due out on June 10th.

Paramount Plus is available in the States and has plans to roll out globally. The website says, “Coming soon”. It used to be known as CBS All Access.

Based on D. Eric Maikranz’s The Reincarnationist Papers, Infinite is directed by Antoine Fuqua (Training Day, The Magnificent Seven) and adapted by Ian Shorr (Splinter) and Todd Stein (2:22). 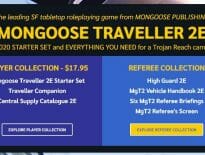 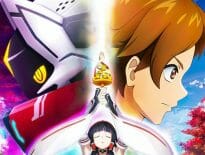