It’s often the case, but not always, dealing with fairly recent releases. As we’ll see here, some oldies get a mention too.

It’s almost always the case, but not always that we’re covering series. In this Irregular Reconnaissance, we’ve Demon Slayer: Mugen Train. It’s not the first time we’ve had a movie in the column, but given the incredibly unusual rare circumstances of cinema screens only now beginning to open up after a pandemic shut down life for a year, I thought it was worth a mention!

As usual, whether it’s a collection of episodes or a two-hour feature-length blockbuster, Irregular Reconnaissance wants to avoid spoilers and to solicit your own discoveries.

Without giving anything away, what should we be watching? Let us know in the comments below.

Heard about Demon Slayer: Mugen Train and wondering whether it’s worth going to the cinema for? Despite theatres still being in the wake of the lockdown and the stubborn refusal of the germs to recede, this anime is breaking commercial records.

I took the risk and went. It was worth wearing a mask for two hours, and hopefully, I’ve not caught anything my double-vaccinations can’t defend against.

I don’t think you need to know anything about anime to enjoy the film. Yes, it drops you in the deep end, but the key fact is a guy with earrings and the shrunken remains of his sister in a box on his back, with his weirdo friends, are sent to investigate a haunted train.

The plot takes it from there. You might not know the significance of the character’s past, but I think the anime is still impactful. It still makes sense, well, as much as anime demon-fighting anime usually does.

Eden is the story about two robots in a peaceful world without humans who find a baby girl. A human baby girl.

Except, it’s not so peaceful. A Darth Vader-like security robot boss strictly enforces the law, and robots aren’t even allowed to be curious about the supposedly extinct race that created them.

So, our brave two worker ‘bots escape from Eden, carrying their adopted daughter and go in search of a new life.

It’s the old life that refuses to fade away. Soon enough, we’re on adventures. The baby grows up into a spirited young woman. And if you don’t mind a character who constantly laughs at everything, I think Eden is a few episodes of enjoyable escapism.

Honestly, is this anime mocking me? The last we talked about it, I said episode 5 showed some promise as it was hinting at darkness to come. I was hoping Seven Knights Revolution: Hero Successor would be more than school friends with superpowers.

Immediately after sharing that hope, the series then started a rollercoaster ride. For a brief while, I thought it was back into vanilla mode. Thankfully, no; touches of darkness sneak out again and again.

I don’t know if Seven Knights Revolution will ever get around to answering “Who is Nemo?” or getting into his secret. Probably. I don’t know if they’re trying to carve out a new genre. Hmm, maybe. I think there’s still time for the former, but the “let’s do something that weaves genres together” gambit doesn’t seem to be going well.

So, while I’m still watching the show, I hope it gets on with the darkness.

I’m a bit surprised No Guns Life got a second series. It was good, but far better anime have deserved one but didn’t get it. I’m afraid I don’t know much about any light novel or manga that might point to better sales as the arc develops.

I can say that the first few episodes of season 2 feel a bit like the conclusion to season 1 that we should have that. That tends to hint at a long-running arc and with writers confident the show has enough time to tell the story.

We have a noir world in which some people became cyborgs to help win a war. Now some of the people they protected have, you guessed it, developed prejudices against them. There are even terrorist groups to oppose them. People fear powers they neither possess nor understand.

If there’s a lesson in No Guns Life, then it’s the work sucks, so be the best person you can be despite it, or you’ll just become another piece of flotsam.

Black Lagoon is a classic for a reason. While the anime is beginning to show its age a little, just in production quality, it remains a masterpiece of violent art and storytelling.

We’re dealing with mercenaries, fast ship experts who deal with smugglers, bribe officials and live in that world of sleaze. Our exposure to them is from an account, someone from our life, who ends up in theirs.

I’ve seen Black Lagoon feature lengths before, I’m sure of it. Much of season one feels familiar too. That said, I don’t ever remember watching down to actually enjoy the show? Have I seen so many clips that it all feels familiar? Or flashbacks from the features?

I just regret that I didn’t make time in my schedule to watch it earlier. 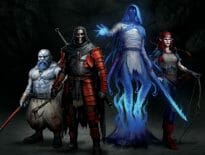 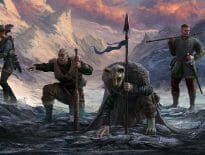