You are here: Home / Geek Stuff / Cakeworthy launches on VeryNeko with this Princess jacket

Cakeworthy is a Canadian unisex streetwear brand inspired by pop culture, the 80s and 90s nostalgia. They say they design and make the clothes you always wanted as a kid. The company has grown, landing deals with LooneyTunes, Star Wars, Nintendo and even Universal’s Monsters.

This week, THG’s VeryNeko added Cakeworthy as the latest upcoming brand to their site. That’ll give the designs a sizeable new audience.

VeryNeko already includes Loungefly, Danielle Nicola and Funko in its list of partners.

Just how geek hip is VeryNeko? Well, it even has a dedicated site section for Ambassadors. To use the dread word; influencers. In other words, if you’re a geek with reach, and I imagine they’ll be especially keen to have fashion-centric Instagramers or Twitch streamers as models, you can apply to join and enter into a financial split with the company.

The hero item from the Cakeworthy deal for VeryNeko is the Disney Princess Anniversary denim jacket. There are other items, though, which show the unisex range, such as this Star Wars button-up dress covered in tie-fighters, stormtroopers and Death Stars.

I also think the design for this Cruella AOP t-shirt and Droid AOP t-shirt would make great Hawaiian shirt concepts, but that may just be me!

Cakeworthy launches on VeryNeko with this Princess jacket 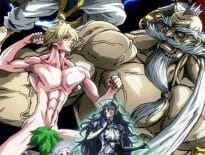 Anime Controversial Record of Ragnarok gets a Netflix da… 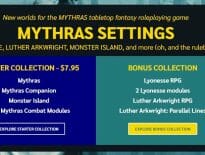