You are here: Home / Books / Transgressive Horror digs into the scary movies that broke the rules

Transgressive Horror looks at scare films in new ways, looking at how they broke the rules and why they are different. The Kickstarter campaign is to fund a PDF edition, an ebook. A printed book will be available from BackerKit afterwards. The campaign is looking for $5,500 to fund and still has two weeks on the clock. You can join in and see progress on the pitch page.

Geek Native has an extract from Matthew Dawkins’ (part of the Onyx Path team) article on the 1978 Dawn of the Dead.

Consume. An Analysis of Dawn of the Dead

We’re not starting this essay with the whole “When there’s no more room in hell…” dialogue, but acknowledge the temptation to do so. The strongest line, the singular point in George A. Romero’s Dawn of the Dead (1978) at which one of our protagonists gives in to the zombification of living society, is where our flyboy Stephen, portrayed by David Emge, utters “It’s ours. We took it.” He’s defending a shopping mall, of all things, and not from the living dead but from other human beings who, despite being morally bankrupt, probably would have left Stephen and his friends well alone if they’d remained in their hideaway or used their helicopter to fly to safety. Instead, Stephen arms himself with a rifle and exercises his limited ability to defend his castle. It’s a pivotal moment in a movie that in itself, is a pivotal moment in horror.

Dawn is a movie about consumerism, but also tackles subjects including diversity and police brutality, albeit to more low-key degrees, and merges the three constantly. Common as it is for a monster movie to subtly comment on society, this zombie feature somehow takes aim at multiple targets, marking it (and its writer / director, George A. Romero) as a pioneer. There’s the literal, undead take on this consumption theme, as the zombies unthinkingly eat every human being they can, despite not requiring the sustenance.

Then there’s the metaphorical take, layered throughout the movie in the human actions, whether through people glued to television sets as the world falls apart around them, a SWAT team raiding a Black and Latino housing project to take what’s theirs, characters guzzling beer as they shoot zombies, or our protagonists taking, clearing, and then fortifying a shopping mall so they can consume everything within it.

Dawn approaches the subject with more nuance than John Carpenter’s They Live (1988), and predating Roddy Piper’s turn by a decade, boldly defines how horror can convey several social messages.

Matthew has contributed to games like Vampire: The Masquerade and They Came From Beneath the Sea, a new RPG inspired by 1950s B-movies.

A pledge of $20 will get you a PDF copy of the book and access to the BackerKit print editions option later. However, the Kickstarter also has backers at the $5 level, given with no reward offered and made to support the endeavour.

Transgressive Horror digs into the scary movies that broke the rules 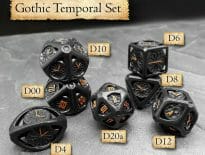 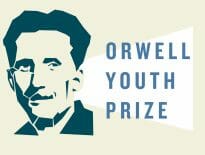 Geek Stuff The Orwell Youth Prize recognises games as storyte…
wpDiscuzComment Author Info
Manage Cookie Consent
This site uses cookies 🍪, and links are ads that may earn bloggers some money 💰, and with this alert, I very much hope that these dark truths 🧌 are acknowledged.
Manage options Manage services Manage vendors Read more about these purposes
Preferences
{title} {title} {title}