The Slovenian boutique La Muci Design has two weeks left on their Kickstarter, and €160,000 pledged for their augmented reality enhanced Tarot deck.

The 78-card Tarot deck is inspired by the Rider Waite deck illustrated by Pamela Colman Smith in 1909 and yet intertwined with the latest technology with an app suitable for beginners and more experienced readers. You can see the latest total or join the campaign at Kickstarter.

Geek Native is pro-science but recognises that some people use Tarot cards to help visualise and articulate what’s on their mind, help focus thoughts, relax or open discussions on subjects with friends.

In this case, the word “multidimensional” seems appropriate, too, given how the cards reach the digital dimension through augmented reality.

Are you surprised that the campaign has thousands of backers? As it happens, Tarot seems to be on a roll at Kickstarter. If you look at the top 10 funded Kickstarter Tarot campaigns of all time, half of them were created in the last 6 months.

The “One Tarot Deck” tier is soon to sell out. It costs €50 (about £44) and will get you the Fantome Tarot Deck, the printed guidebook in print and in AR at a discount.

You’ll get twice that for €90, which is a more cost-effective deal but also means having two copies of the same deck. A gift, perhaps?

There are higher pledges, with 5 decks and even 10 deck bundles on offer – and selling.

The expected delivery is in September.

The cards are made from three-layer Italian card stock, and the illustrated site uses full-frame artwork while ice blue foil appears on the back. A Lid-Bottom box is used to store the cards and elegant enough for the tabletop.

These are larger than playing cards, coming in at 70mm wide and 120mm tall.

I’m a big fan of tarot, not for its use as divination but as a play aid for solo role playing. It’s inspirational images are themed (I have several decks) and the deck also works as a number generator with interesting twists built in (inverted cards and major arcana tossing new and altered meaning into a ‘roll’.) 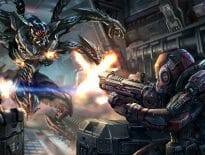 Tabletop & RPGs Free to Download: Interstellar Troops and a Scribu… 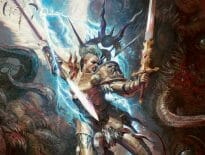