You are here: Home / Games / Tabletop & RPGs / The Deittman Files brings ghost hunters to an RPG near you

Alexandra Clinton’s Powered by the Apocalypse game of psychics and investigators researching the mysterious and sometimes dangerous world of the paranormal has funded on Kickstarter.

At the time of writing, there are still 28 days to get involved. Clinton asked the community to find $2,000 for the project, and nearly 100 backers have pledged over $3,000 already. You can see the latest total or join in from the project page.

The Deittman Files, named after a renowned doctor who puts together a team to delve into the supernatural, has characters explore haunted houses, following up cryptid sightings and looking into cold cases.

A class-based RPG, The Deittman Files has eight different types of Psychics, including the Clairvoyant to Exorcist, and eight for Investigators, including The Charlatan and Muscle.

The Deittman Files has been designed to be a highly collaborative storytelling system for groups of 2-6. Players are encouraged to describe what their player is attempting while the GM simply tells them which move to attempt and how successful the player is at their attempt. The best stories are told with a “yes, and,” mentality, rather than limiting what the players can and cannot do.

A pledge of $5 will get your name in the physical book, and one of $10 adds the digital playbook as a reward.

Shipping only to the United States, a pledge of $35 will add a signed copy of the hardback. There won’t be any postage and packaging to pay.

There are higher tiers, all limited and running out, and delivery is estimated for September 2021.

The Deittman Files brings ghost hunters to an RPG near you 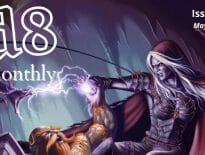 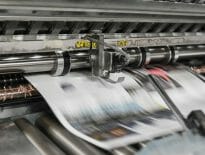