This RPG fan was very happy to give the Game Machinery’s Defiant the thumbs up after buying a copy.

In the game, you didn’t destroy the world during the apocalypse. You protected your bit of it, and now, as a fallen angel, dragon, ancient god or demon, you’re the ruler of your part.

Now you amuse yourself with politics and pleasure with your minions and other supernatural powers who did the same thing.

An announcement from Game Machinery today denies there was ever an evil plan, but they’re going back on what they said.

Previously, the Polish publisher had said they wouldn’t and couldn’t do a printed version of the book. Now, they say, if a Kickstarter is successful and thanks to deals struck, they will be able to.

This was not an evil scheme. We really had no plans to create a printed version at the time; we were not trying to trick you into buying Defiant. Still, some of you might feel misinformed, and we understand that. We will try to address that issue as best we can. We will be changing our pricing strategy in the upcoming weeks, and then we can explain everything in detail. But right now, we can already promise you this: Everyone who bought the electronic version of the rulebook on DriveThruRPG will also get the Kickstarter electronic version at no additional cost. We are also working on a few additional bonuses, to be able to say “thank you” to those of you who supported us in the early days by buying our game. We’ll announce them later when we’ll be sure we can deliver on our promises.

Game Machinery will also release Defiant Awakening, which is a quickstart rulebook. Due out at the end of April or early May, Defiant Awakening will be about half the size of the main rules.

Defiant Awakening will have rules for creating characters of Angelic and Daeva origins, introducing the world of Defiant, some of the important mechanics and enough for you to get started.

Also in Awakening is a new chapter called Province. This mini-Chronicle is set a year before the events detailed in the main rules.

Why? Well, it means you can run it as a session zero style introduction and then take those same characters if you upgrade to the full Defiant rules and to the game’s main timeline.

If the Kickstarter goes well, the new book will have a layout change, moving from being optimised for phone, tablet, and PC to something suitable for hardbacks.

There will be more art, but that sexy style that does so well in the current edition will stay.

Another new addition to the updated edition will bring more bonuses and backgrounds for characters have. They’re currently called Perks.

There are plans, but no promises, for even more Defiant supplements. Defiant Reign will focus on politics in the game and power brokers. It’ll look into the Defiant Lords and Ladies’ royal duties.

Defiant Legacy will also dig into the politics of these supernatural rulers and the intrigues. It’ll revisit marriages, upbringing and balancing duty with desire.

Game Machinery even teased Defiant Crusade, Defiant New Hethlon, Defiant Arcana, Defiant Delights and Defiant Origins without telling us much more about them. The picture is clear, though; the publisher is doing all-in on the well-received RPG.

Lastly, but hardly least, the publisher is working on an online platform to manage character sheets and Chronicles.

Just how much gets done on Defiant Online will depend on the Kickstarter. As you can imagine, developing online tools is a big ask for any publisher, even those as experienced as the core Game Machinery team.

You can see a demo of the login screen on this demo site, which works on desktop devices. If you don’t know Defiant, then I think that login screen will give you a flavour. 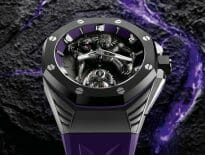 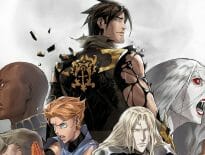