You are here: Home / Games / PC / Epic Games have raised $1 billion to build a vast computer roleplaying game that spans the internet

Sony has contributed $200m, and other backers include Fidelity, BlackRock and Scotland’s Baillie Gifford, the investment company that backed Amazon and Tesla.

The money will be spent on adding roleplay features, such as social functionality, to current games and eventually create the Metaverse.

We are grateful to our new and existing investors who support our vision for Epic and the Metaverse. Their investment will help accelerate our work around building connected social experiences in Fortnite, Rocket League and Fall Guys, while empowering game developers and creators with Unreal Engine, Epic Online Services and the Epic Games Store,”

The computer games company is expected to talk more about the Metaverse at the GamesBeat Summit later this month.

It’s expected that they’ll clarify that the connected social vision of the Metaverse is a universe of interconnected games. You can take your character from one game, one world, and into another, just like Ready Player One made real.

GamesBeat’s Dean Takahashi asked Epic’s Sweeney what the killer attraction of the Metaverse would be. It’s the ability to game with friends. He said;

In a game environment, you can constantly go back and forth between the real world stuff and what’s happening in-game and it’s constantly engaging and constantly messing up the conversation.

I that’s a key ingredient. And I think this mechanic is essential. It’s been mechanically proven out in dozens of different genres of games. Every genre that we know is going to be represented.”

Epic will release a version of their Unreal games engine this year, and that development has this Metaverse vision as part of the consideration.

The principle here is every creator owns their original creations and has the right to make the profit from them,”

And it’s great to choose service providers they choose to work with, without being forced to accept a massive bundle of services in order to reach the customer base. We want each component of the system to stand on its own merits and not use dominance or significant market power in any space to force adoption.” 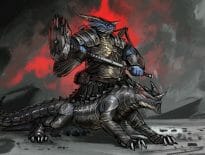 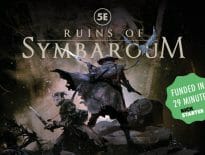 Tabletop & RPGs Ruins of Symbaroum: A Kickstarter to bring Symbaro…
wpDiscuzComment Author Info
Manage Cookie Consent
This site uses cookies 🍪, and links are ads that may earn bloggers some money 💰, and with this alert, I very much hope that these dark truths 🧌 are acknowledged.
Manage options Manage services Manage vendors Read more about these purposes
Preferences
{title} {title} {title}
Loading Comments...