You are here: Home / Games / Tabletop & RPGs / LUMEN gets an SRD and a RPG jam, returning after toxic fan backlash

LUMEN is a system reference document (SRD) based on the RPG Light from Gila RPGs.

The system was written for “looter shooters” like Destiny, computer games with character levelling mechanics tied into getting the right loot and shooting your way to success. Designer Spencer Campbell used it for LIGHT, FRAME and has NOVA on the horizon.

FRAME is now a sadly infamous game. Dicebreaker has a summary of the sad affair in which Campbell launched a Kickstarter for FRAME, a game inspired by but separate from the looter shooter Warframe and then had to cancel.

A small but vocal number of the Warframe community didn’t think FRAME was distinct enough from Warframe and embarked on a short but effective harassment campaign. Campbell pulled the plug on the Kickstarter project within the day.

With the SRD for LUMEN in place, other game developers have the freedom to create fast combat, powerful characters and quick dice RPGs suitable for the looter shooter genre.

To better encourage designers to adopt LUMEN, there’s a LUMEN JAM on Itch. For the next two months, designers can work on their own LUMEN powered RPG and submit it to the community’s wider attention.

However, there are some unusual rules, such as Spencer giving permission to break the SRD as much as the designers want. Kindly, Spencer also asks designers to consider making community copies of their game available.

Whereas FRAME got Spencer caught up in a backlash by toxic fans, community copies are the other side of the fanbase and are copies of games bought for the needy by those in better circumstances.

LUMEN gets an SRD and a RPG jam, returning after toxic fan backlash 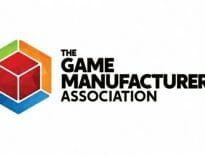 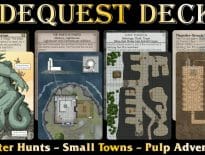