You are here: Home / TV / Anime / Seven Knights Revolution: Hero Successor seems like a good way to mess with your players

Imagine a fantasy world in which a warband of heroes manages to fight off Destruction’s primal forces and save the world. Then, for generations, those heroes are reborn, known as Successors, and continue the fight.

That sounds safely approachable, right? If this was an RPG rather than anime, it would be an excellent way to explain why the PCs start off at level one weaklings but get so much tougher as they fight, train and win.

Seven Knights Revolution: Hero Successor is based on a JRPG and knows a thing or two about players. In the TV anime adaptation, a ban of these reincarnated heroes, a group known as the Seven Knights, rescue a boy called Nemo and then discover he’s one of them. Nemo is a Successor… except there is no record, no history at all, of the hero he seems to be.

The anime is being made by Liden Films x domerica and kicked off in Japan this weekend.

It’s good news here in the West as Crunchyroll has also picked up the title and has episode one already. It’s mixed reviews, though, with the very first star ratings spread evenly between 5 and 1, giving an average of 3.

Here’s how the platform describes the simulcast;

Long ago, Heroes had saved this world. Many Heroes fought against the powers of Destruction and protected the world. Years in the future… The Heroes had disappeared as the years passed and those possessing their powers called Successors now have the fate of the world in their hands. One of the elite Successors known as the Seven Knights is fighting an army of the Destruction when she saves a boy named Nemo. During the battle, Nemo awakens the powers of a Hero even he didn’t know about and displays his powers as a Successor. But his Hero is someone who no one knew and no one ever spoke of.

Seven Knights Revolution: Hero Successor seems like a good way to mess with your players 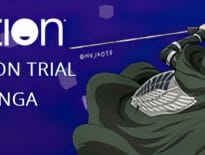 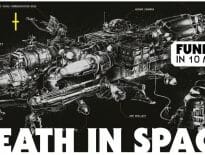 Tabletop & RPGs Death in Space wows Kickstarter with its bleak blu…
wpDiscuzComment Author Info
Manage Cookie Consent
This site uses cookies 🍪, and links are ads that may earn bloggers some money 💰, and with this alert, I very much hope that these dark truths 🧌 are acknowledged.
Manage options Manage services Manage vendors Read more about these purposes
Preferences
{title} {title} {title}
Loading Comments...