You are here: Home / TV / Raya and the Last Dragon might pave the way for more super-premium content

I’ve not watched Raya and the Last Dragon yet, because it’s an extra £30 or so on top of my Disney+ fee, I’ve plenty else to watch, and the latest feature-length animation from the House of Mouse will be available later.

That’s a fee plus a couple of movie tickets to watch Raya and the Last Dragon. It’s super-premium content.

Data from JustWatch, an international streaming guide, suggests plenty of people splashed the cash on the fantasy adventure, though.

Raya was the 10th most popular film in the week 5th March to 12th, that’s the opening weekend.

JustWatch has data from 20 million users and considers Netflix, Prime Video and other platforms and Disney+. Raya accounted for nearly 2 in every 100 movies watched.

Raya’s success wasn’t isolated to Disney’s wealthy homeland of the United States either. JustWatch has users from 46 countries, and so Geek Native asked for just one other country to compare the US to. So we’ve the UK rankings to share for the same week.

Once again, we see the even more considerable success of Coming 2 America, the sequel which encouraged many people to re-watch the original Coming to America.

Raya did even better, in relative terms, in the UK, pushing from 10th place to 9th.

Disney+ has had success with Star Wars: The Mandalorian and the two Marvel shows with Falcon and the Winter Soldiers breaking records after WandaVision showed the way. Raya and the Last Dragon suggest that cinematic releases for big titles aren’t compulsory, and there is room for super-premium content during lockdown. 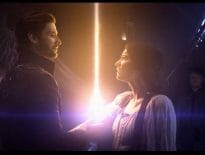 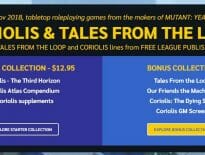