You are here: Home / TV / Anime / Girls’ Frontline gets a dramatic anime trailer and sinister visual

Girls’ Frontline began life as a mobile strategy game that was released first in China, then after success, it went to Taiwan, South Korea, then Japan and then onwards to English speaking countries.

In the game, players are in control of highly advanced androids known as Tactical Dolls. In their trailer, these androids don’t look as if they’re made for war, but don’t seem to be interested in prisoners either.

The Sunborn Network game has had its anime transformed done by Warner Bros. Japan and Asahi Production who are now planning a worldwide broad and stream in 2021. That explains all the English writing in the trailer.

Some 18 million downloads of the game suggest there’s already a few fans.

In addition to the somewhat sinister juxtaposition of the key visual, the anime’s characters have also had portraits revealed.

Girls’ Frontline gets a dramatic anime trailer and sinister visual 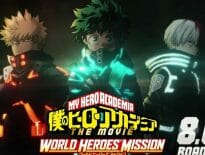 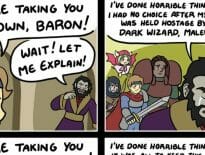 Comics Villains with sympathetic backstories
wpDiscuzComment Author Info
Manage Cookie Consent
This site uses cookies 🍪, and links are ads that may earn bloggers some money 💰, and with this alert, I very much hope that these dark truths 🧌 are acknowledged.
Manage options Manage services Manage vendors Read more about these purposes
Preferences
{title} {title} {title}
Loading Comments...