I can’t draw, so sites like NeverEnding draw me in if you’ll forgive the pun. The approach is easy to describe but hard to deliver on, yet NeverEnding has grown to over 1,500 users in only a few months.

Here’s how it works. NeverEnding has a library of images, all carefully designed to fit together in many different combinations. You might swipe through different hairstyles for your character, confident that each one will fit the head you’ve just designed.

If you’ve ever used a character builder in a sophisticated computer RPG, you’ll have a good idea. You’ll also know that these systems, even diverse ones, often assume you want to play a buff action hero.

A glance at NeverEnding’s Kickstarter, which funded quickly, is still open and will take the site onwards to its next iteration of cleverness, will tell you that there’s a different approach here. In a prominent place, the character illustrations depict a large, gender-neutral body shape.

NeverEnding still taps into a collection of illustrations that slot together to build different characters, but some of those initial pictures might look like you.

And it’s just a start.

NeverEnding CEO (how’s that for a job title), Jamie Van Doren, confirmed to Geek Native that the character generation would add prosthetic options for limbs and even a wheelchair option.

After that, Jamie kindly agreed to answer a few more questions!

Thanks for asking about it. We funded in the first 90 minutes, which was amazing! I think promoting an early bird reward helped, and we’re still getting daily pledges. That has been with basically zero advertising. We just invested a few hundred in ads, so I’m hopeful we’ll pull in more backers as more people learn about us.

The biggest surprise is how many new app users the Kickstarter has attracted. We’ve added nearly 400 new members of NeverEnding since March 16. It’s great, because we have a Free version, and the more people using the app the more feedback we can get on what people like and want.

Will the prosthetic limbs be part of the Kickstarter? What does the timeline look like right now?

Prosthetics aren’t part of the Kickstarter. I made a commitment that it was something we were doing, so I didn’t want to leave the fate of it up to how many people were willing to put money behind it. Disability visibility is something I and my whole team feel very strongly about.

My mom is intellectually disabled, and in my role before NeverEnding I helped lead a non-profit that provides housing for people with disabilities. Disabled people enjoy games as much as abled people. Also, pretty much everyone at some point wants to be able to play a character that’s basically a heroic version of themselves.

The other thing is disabled people, just like anyone, can be heroic in real life. We should be able to reflect that in the games we play and not feed into tired, inaccurate stereotypes.

To answer your question, though I’m expecting those to roll out sometime in April.

Is there an actual demand for character illustrations with prosthetic limbs?

Yeah, there is. When we were reaching out to people about adding options for amputations, prosthetics, and wheelchairs a lot of people were like “Yes, please! Can you do it today?”

I’m serious too. I had a great exchange with a gamer. She was so excited! She mentioned her experience with video games. She said it’s really disconcerting for her to play a videogame where the character has two full arms, when she has one. So having somewhere, anywhere that she can create a character that is kind of like her – she said that would be amazing.

We have some really cool designs for prosthetics and crutches and other things as well. I think they’re really kind of so bad ass that anyone would want to use them.

If I’ve understood how the mix and match of the character builder works, isn’t a wheelchair option a big task? Do your body types, limbs and accessories work with wheelchair art?

Yeah. The way we handle the character models right now, it would be a big lift. But, we were already planning on rolling out dynamic poses. What I mean is, selecting a pose and applying it to your character with a single mouse click.

Poses are expected to come in July, and once we have that in place, wheelchairs will be easy. All the body types and accessories will work with wheelchairs – just like real life!

Sara Thompson, who coined the phrase “combat wheelchair”, has rightly received much credit for developing the idea. There’s also been a lot of aggression directed at them as well. Why do you think that is?

I’m a big fan of their work! I think it’s a great idea and a great mechanic.

This is an important issue for me personally. I mentioned my mom’s disability, but I have other family members as well. Having worked and lived in the disabled community and having worked in clinical research supporting patients and families, I have some thoughts on this.

It would maybe be simpler if the answer was just all these people are “abelist” or “bad”, and we could leave it at that. But there are good and bad people everywhere and some good people have bad ideas.

Here’s what I, personally, think leads to the aggression and bad behavior. Then I’ll mention what I think we can do to help change it.

One. It’s not an excuse, but I hope we can all recognize that we all have flaws and we’ve all said or done something that was wrong, unfair, or has hurt someone else. Period. All of us have, at some point. It doesn’t excuse past or future bad behavior. It doesn’t excuse engaging in harassment or anything like that.

No one changes their opinions because they’re told they’re a horrible human being. They just get better at hiding those attitudes. That’s no good, because we need opinions about disability and disabled people to change – not be hidden.

Two. People get excited about D&D and other TTRPG games. Just like with sports teams, right or wrong, some people feel outsized ownership of the space. This usually happens when it’s an important part of someone’s identity. And all of us react poorly when we feel our identity is threatened with change. Even when that change doesn’t have any effect on us in reality. Even when the change is good change.

Three. For too long people with disabilities and other minority and marginalized voices have had no or very little say in how they’re portrayed in various forms of media. That’s one of the problems that has led to perpetuated negative stereotypes. It’s also led to this sense of otherness or strangeness among people who don’t see disabled people as a regular “normal” part of the world experience. But disability IS normal.

An estimated 26% of American’s experience a disability. If any off us live long enough, we will also experience disability. Disability is normal, it’s just been invisible.

Which leads, I think, to one part of the solution.

So, in my view, NeverEnding is one way we can help elevate that visibility in a positive way.

What’s the NeverEnding community of users like? Do you think Kickstarter or your efforts to add representative and even more diversity to your character options will change that at all?

I don’t think our Kickstarter will change a lot of minds on diversity and inclusion. That would be awesome though! What it has done is let people know there’s another option for them.

I mean, even with the heavier body types, the feedback we got from people on Facebook has just been gushing. People are really excited to create characters that make them feel welcomed and including in the TTRPG world beyond their table.

But I think when people are building cool characters and creating more quality content that includes diversity, that’s what will open up the space even more.

What tips do you have or seen shared by the community for designing the best character portraits? Perhaps some free tools to add additional background elements, tweak bits, or storytelling techniques borrowed from authors help visualize characters?

I’m personally going to be excited when you can put backgrounds on the characters, do poses, and make full party portraits. That’s when I think this will really take off.

In terms of individual tips for cool characters, I think when you juxtapose two themes that don’t seem to go together, you can get something really cool.

For example, I recently created a character called Omari. She’s a little girl with this cute hair and bright pink shoes, but she has an oni half-mask (also bright pink) and like dark ninja looking clothes and this wicked scimitar. The juxtaposition of cute little girl and deadly assassin makes for a more visually interesting character. You start to see as story just from the character portrait.

Speaking about tools, is it true you’re experimenting with comic panel and animation expansion options for NeverEnding?

Just kidding. Yes. In July we’ll be rolling out the beta for a Scene Creator that is the first step in giving people the tools to turn their characters and story ideas into dynamic shareable webcomics.

From there we want to roll out some basic animation options. These will all be pre-programmed animations that you can apply to a character, object, or background.

Running NeverEnding and working with my team to develop the platform, I have no time for gaming anymore. But I’m really excited to get a peek into other people’s games, when they start creating and sharing webcomics and animated movies based on their adventures.

It already sounds like there are loads on your plate, but where would you like to take NeverEnding in the next five years?

We have something audacious in mind. I want to see NeverEnding grow to the size of TikTok or YouTube, but for narrative content.

Everyone has an amazing story inside of them, but not everyone is comfortable in front of a camera. If we can grow, we can provide that space for everyone who loves a good story to create and enjoy an entire new world of storytelling that isn’t available anywhere else. So basically if you want to watch a great animated series, you’ll be able to go to Disney Plus, Netflix, or to NeverEnding. With the big difference being that the stories on NeverEnding are created by people just like you. 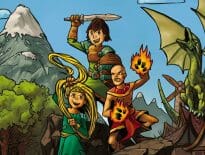 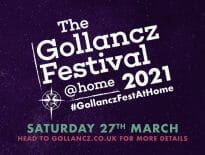