The game’s animation is made from stop-motion. People moved puppets to create the scenes. It’s a story of two people falling in love, but before they can say so, they lose their mouths and have to adventure to get them back and save the realm. Kong Orange needs €70,000 from Kickstarter to fund the project.

The co-op platform lets you play as Karla, Kurt or both. Having lost their mouths, they are thrust into the world of Vakabulantis. They’ll travel through the City of Noun, the Word Power Crystal mines of Afasia, and over the sea of the giant Verb Karbs as they explore the world of language.

The platformer will be a single-player or local co-op and targets all the major platforms, with 6 to 8 hours of gameplay expected. There will be a rich mixture of puzzles and actions.

The Kickstarter is fresh, and early bird deals are open.

Outside the early birds, a pledge of €25 (about £22) will get the full game on Steam, hi-res wallpaper and digital photo books for you and someone else.

At least, you get two copies of each, which you could keep, I suppose! The idea is that you gift it to a friend. A €30 pledge gets you that, the soundtrack and access to the developer’s Discord.

The pledge levels increase until you hit €115 for physical goods such as pins and listings on the game’s in-game wall.

At the time of writing, two backers have pledged more than €1,250 and one is in the €3,500 category! While it’s early days for the campaign, that’s a good sign.

There’s no doubt Vokabulantis has an innovative twist and looks good. Geek Native has been appropriately liberal with the art shares as a result. 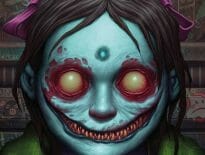 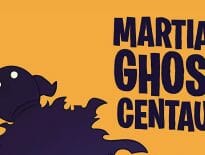