Many of the factions know how to build traps. The GM may allow a PC to start with a randomly determined trap they know how to build. Making a trap typically require a successful Dexterity check and 1d6 turns, although simple traps may only take 1d6 rounds and complex one 1d6 hours. Helpers who also make a Dexterity check reduce the time by one unit, to a minimum of one.

Despite the name, Lost Boys include girls like Wendy as well.

Trap making page 127. Option for a PC if the GM allows.

Some skilled Lost Boys are rangers. Once a Lost Boy starts casting spells he grows up, Peter Pan forgets him, and he is on his own from that point forward.

A GM may allow a pirate to learn to build a pirate trap (Neverland page 130).

Ocean elves share the abilities that drow have but lack both infravision and light sensitivity. They are ocean sailing pirates and, like Captain Hook’s crew, friends to spiders. Instead of a stronghold or temple, ocean elves captain a ship.

The dryads called the Tylwyth Teg may train a PC to be a druid.

The gnome class works for this friendly species.

Workers of magic, the cunning folk, might not only be magic-users but also illusionist. They may learn the toad bone ritual described in Neverland.

On the surface, Barrier Knights uphold Law and are in constant tension with other Knights who uphold Neutrality and Chaos. But in reality, all are fueled by the Verge, a powerful source of magic and life. The Verge, though, has a deeper purpose that goes beyond the squabbles of the three orders. The Verge keeps out Nothingness, Unmaking, Annihilation, beings of madness who don’t want law and order or anarchy but the utter undoing of all reality. The Verge serves as a boundary holding these beings as bay. And it has been strong the whole time the Barrier Knights were a thriving order and even after the order fell and most of the Knights died or disappeared.

However, a massive shockwave of unimaginable power reverberated through the Verge. Some being of unbelievable power had struck the barrier, and somewhere in the world, an entire city was wiped out by flood or fire. Any player character who is a Barrier Knight or Squire feels the attack aimed directly at the Verge. Even if the PC had ever imagined the Verge might be attacked, he could never have imagined it having that much raw Unmaking power.

Something has to be done. The Seelie and Unseelie Courts of the Fairies monitor the Verge now just as the Knights did before them. Mab, based near Neverland in Elphame, felt the attack as well. Her fairies watching the Verge took casualties. She will summon any remnants of the Barrier Knights to come to her and find a way to defend the Verge.

An Audience with Mab

Neverland has full rules for PCs who want to meet with Mab. They have to wind their way through the ever-changing landscape of Elphame dealing with various fairies to finally reach the Queen’s Court. I highly recommend running this twisting romp through Fairyland.

Mab wants her Winter Knight rescued. In return, she can offer something each PC wants: a magic item, spells, gold, or perhaps a bit of magic. If they complete the quest, Mab’s Winter Knight will also take the PCs to the wheel of fortune to spin and change their destiny.

Mab can offer more powerful help, such as increasing low hit points or a low ability score. However, for that much power, she must require a fairy trade in return. These are described on page 124 in Neverland.

However, I found some of these trades too onerous. I distilled them down to the following:

For this quest, I used the Dungeon Crawl Classics RPG adventure The Hole in the Sky. I replaced the village called Mherkin with Neverland, the Lady in Blue with Mab, and Drezzta with the Winter Knight. I modified any instant death effects to allow for saves and removed any chance of wiping out all high level Law heroes.

I replaced the Wheel of Destiny with the Wheel of Fortune from the D&D Companion Set. I numbered the black wedges 1-6 and the white wedges 7-12. A PC rolled a d12 modified per the actions they took as listed in the module on page 15.

Tying Mab and the Verge together creates high-level tension in the background of Neverland. PCs are likely to be pulled into the conflict whether they have committed to any side, and they will have to act. Neverland will come alive for the players. 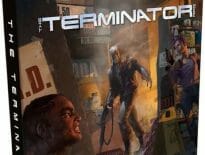 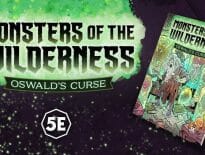