You are here: Home / Books / Felicia Day’s LitRPG audiobook is due out in February

Felicia Day, who’s been part of many geeky hits either as an actress or the driving brains, has narrated her first audiobook and it’s a LitRPG.

LitRPG is a growing trend and one that makes RPG mechanics part of the story. For example, the hero might experience levelling up, or readers might see the strength test being passed.

Isekai anime is a big part of this trend. in Isekai shows the hero is usually taken or reborn from our world, with their memories, into a new body in a fantasy game world and they know what’s going on.

Day narrates Matthew Siege’s Rule of Cool, which puts her in the shoes of a character called Raze.

Raze is “just” a lowly Gearblin chained to the quest-giver desk at the worst (and only) arcade in town. And that’s a problem for her. It means that she’s a Non-Participating Citizen, someone who can’t see her stats nor make opposed rolls against Heroes. It’s why her life’s worth less than the vendor trash she doles out.

The old-timers swear it didn’t used to be like this; their issues only began once RNGesus went AFK a thousand years ago, leaving the questionably blessed Heroes to conquer everything without consequence. Fortunately, Raze is not about to let something as trivial as a millennium of injustice cramp her style. She’s got a crush on a frustratingly optimistic dreamer who talks her into using the Konami Code as a map to scale the conveniently located and suitably forbidden fortress. And when they reach the top, everything changes.

While Rule of Cool is Felicia Day’s first LitRPG narration, it is not Siege’s first LitRPG book. Previously, Siege has written the Headshot series which starts with One in the Gut, a post-apocalyptic tale, and the sci-fi LitRPG experience Save Point.

Felicia Day’s LitRPG audiobook is due out in February 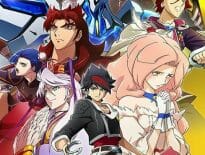 Anime Check out the clean opening and ending of Black Ar… 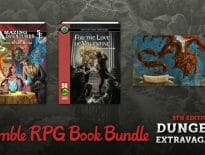