You are here: Home / Games / Are there investors circling Ubisoft?

Last week EA raised around $122 by selling their stake in Ubisoft.

That’s right, games giant EA has held a 15% stake in Ubisoft and has for the last five years. The relations between the two publishers haven’t always been best.

So, what does this mean?

Any large shift of shares causes a change in share price. Typically when a company offloads a large amount of shares then the share price drops. That happened to Ubisoft as their share value dropped by 1.3%.

As a result it means it’ll be cheaper for another large company to come in a buy a chunk of Ubisoft shares (which, yup, will push the price back up). It also means EA’s not around to get mixed up in any company’s attempts to acquire a slice of Ubisoft.

The key shareholders to keep an eye on are the Guillemot brothers who, together, control about 7.2% of Ubisoft. Yves Guillemot, of course, is Ubisoft’s CEO.

The question is – who might buy a slice of Ubisoft?

Nintendo has an interesting relationship with Ubisoft? This year the French publisher hasn’t been pleased with the performance of its Wii titles and has been happy to say so.

Movie companies are also surely interested in diversification. However, the most likely companies to step up to the mark and tear off a new chunk of Ubisoft are the VCs like The Carlyle Group and the Blackstone Group.

Are there investors circling Ubisoft? 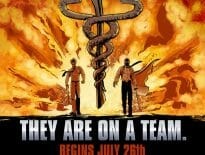