Peach Garden Games have hit the $5,000 target for the Solo but not Alone RPG bundle twice. They’re heading for the third time and there’s still nearly two months on the clock.

It’s a great cause and idea. 2020 has been a tough year. 2021 might be feeling daunting, and if you’re all by yourself, or feel lonely even around others, then that’s even more likely. It doesn’t need to be, though.

There are 87 different single-player tabletop RPGs in the Solo but not Alone. That’s an incredible number, and strong evidence that roleplaying by yourself is an increasingly common thing to do.

Games include Live. Love. Die. Remember. from Ray Cox a game of mecha and memories, Blue-Collar Conjurer which is a solitaire game by Travis D. Hill, My Welcomed Guest by Dawn Bear Games in which you’re trapped in the Faerie realm.

Can you even play an RPG by yourself? Yes, Geek Native wrote an introduction with game suggestions and then last year Fiona L.F. Kelly kindly wrote an expert What there is to know about solitary gaming piece.

At its core, a solo RPG follows the method of a player reacting to a GM’s plot as in a traditional RPG with multiple players. However, in this case, the player will often react to the story in more ways than playing a single character. They’re the ones filling out the missing pieces of the world and documenting the twists and turns of the story.

All the profits from the bundle (after processing fees, taxes, etc.) are being donated to Jasper’s Game Day, which is an organisation that lets people know they’re not alone. They remind people: you’re not a critical failure.

Jasper’s Game Day is a US-based group and is there for you. If you’re in the UK and are so lonely that you desperately need to speak to someone more local, then there’s the Samaritans on 116 123. 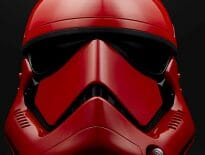 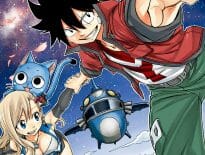