You are here: Home / TV / Anime / Suppose a Kid from the Last Dungeon Boonies Moved to a Starter Town showcases its characters

Suppose a Kid from the Last Dungeon Boonies Moved to a Starter Town is an anime based on a typical computer gaming RPG setup.

Newly created PCs in computer games are often in the weakest part of the world, an area with level 1 villains and monsters to be a suitable challenge. In contrast, the area around the final dungeon is full of the highest level NPCs and monsters.

So, what if a character – essentially an NPC – from that final area moved to live in the starter area?

Grasshoppers would have no chance, that’s what.

The show will be streamed by Funimation in the US on January the 4th. Hopefully, it’ll reach Europe too.

In Japan, where the full name of the series is Tatoeba Last Dungeon Mae no Mura no Shounen ga Joban no Machi de Kurasu You na Monogatari the nickname LasDan is often used for short.

The series is based on the light novels by Toshio Satou and illustrated by Nao Watanuki. 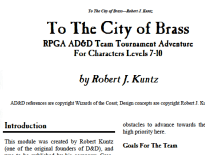 Tabletop & RPGs Free to Download: To the City of Brass 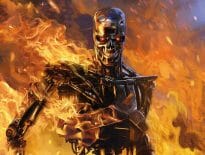