Megagames are a large scale game with aspects of board game, political roleplay, and resource management game. They often involve a theme and setting, such as a rising corporate dystopia, quarreling noble houses, or a refugee fleet running from a conquering force.

The hobby of megagames received a shot in the arm when the popular blog and YouTube channel “Shut Up and Sit Down,” published two separate videos of one of the most popular megagames, “Watch the Skies.” This game casts the players as leaders of major countries confronting the arrival of aliens on Earth.

The effect of these videos is present even between their first playthrough, which was published in 2016 and the second which they played a year later with 300 other people.

While this year could have reversed the trend, with large public gatherings being banned, gamers are nothing if not resourceful and megagames have moved online. These online games have offered challenges to the hobby which organizers have tackled zealously. For most megagames, the main venue for communication is through Discord, an internet chat platform. Resource management and map portions needed for these games have also been handled through other means like Google Sheets and Roll20.

When it goes well, it automates a lot of the background math, which can slow down production or battles. When it doesn’t go well, it can cause issues that have to be worked around, but over the year, as organizers and players have become more experienced with remote communication and collaboration, incidents of technological breakdown have declined.

Whatever the hiccups with technology, demand for these game has only increased with the opportunity to play them by distance. Gencon Online originally had two megagames on its schedule, but because of demand, a third game was added.

With online ticketing, many of these games are now selling out within a few days. Johan Olofsson, an organizer from Denmark, recently had to expand his latest run of “Falling Skies” from sixty players to ninety to accommodate the number of people interested in trying the game out.

In the last year games have been able to draw on the dispersed gamers in North America, and even attracted new players. Attending conventions for Megagames represents a significant investment in terms of money, for travel, hotel and then tickets. Most online Megagames are charging in the range of $10, drastically reducing cost. The new online format has separated North American Megagames from conventions allowing some like LJ Saxton the ability to commit  to a game without sacrificing one day of a larger three day convention.

Olofsson commented that the surprising result of Covid is that it has broken the regionalism which existed in the megagame community. Now players from all over the world are coming together and sharing skills and knowledge about this hobby.

An online game as a part of Gencon Online this year had players from the UK, Germany, the United States, and Australia.

An online game as a part of Gencon Online this year had players from the UK, Germany, the United States, and Australia. Olofsson recognizes that even when a return is made to in-person games there will be a demand for remote engagement from people who can’t travel to games, for whatever reason.

Becky Campbell-Ladley, president of Pennine Megagames in the UK, blogger, and megagame designer, agrees that the online format has given people in remote areas access to the game where it was not possible for them before.

For some, however, the in-person interaction is central to the experience and something no distance game will ever fully recreate. Technological limitations are a major hurdle from their perspective that are just not present with the in-person experience, and they look forward to the return of in-person games.

Going into the new year with a vaccine on the horizon and the possibility of mass gatherings becoming common again, megagame organizers are already looking at how the tools they have developed can be brought into the in-person games. Developers like Olofsson from Denmark and Campbell-Ladley are looking forward to hybrid games which allow them to make the best use of the new tools they have been forced to learn. They hope this will offer an opportunity for those not able to be present for in-person games to still be involved in the hobby.

About the author
Devin Fields is a father and husband from Lubbock Texas. He has a lifelong interest in Science Fiction and Fantasy and has been playing various tabletop games for 15 years.

If you like the sound of Watch The Skies, there are lots of other megagames being run too! We have a calendar on our site where you can find out more: https://www.megagameassembly.com/calendar-view 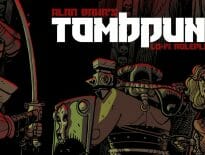 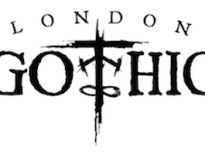