The nations of the United Kingdom are still in various states of lockdown, travel between tiers is restricted (and a criminal offence in some cases), but UK Games Expo is hoping that these will be lifted for June 2021.

UKGE, one of Europe’s largest tabletop conventions, has today confirmed Friday the 4th of June to Sunday the 6th of June as the tentative dates for the show.

We are planning for two possible forms of a show. A normal show with as many of the features as you expect to see at a UKGE or a socially distanced event. This would include, attendee bubbles who can play games together, demos, tournaments and live shows. Extra space in the trade halls and reduced daily ticket numbers to keep everyone safe.

No mention of an online show, or even an online element, has been mentioned.

In previous years, the 1st of December would have ticket sales, but that’s not the case this year. Ticket sales are expected to hope on Easter.

Advice for exhibitors will follow, and the UKGE directors are encouraging people to make sure hotels are refundable.

Even if the show goes ahead, numbers may be down. In August, Geek Native published research that said 18% of people who regularly attended geeky conventions had no plans to do so in 2021 while a further 29% were undecided.

As COVID-19 has shown, predicting the future is impossible, and by June 2021, we might all be confident the outbreak is contained and desperate to get out to a convention.

The 2021 UKGE has been added to Geek Native’s Convention Calendar. 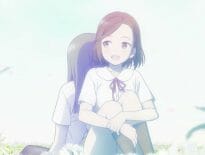 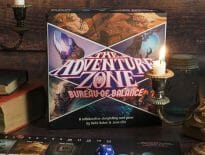 Tabletop & RPGs Here’s why you won’t find The Adventur…
wpDiscuzComment Author Info
Manage Cookie Consent
This site uses cookies 🍪, and links are ads that may earn bloggers some money 💰, and with this alert, I very much hope that these dark truths 🧌 are acknowledged.
Manage options Manage services Manage vendors Read more about these purposes
Preferences
{title} {title} {title}
Loading Comments...