You are here: Home / Games / Tabletop & RPGs / Wasteland Wanderers and Wasteland Wares 2nd editions are out and are free upgrades

If you’ve bought the first edition of either, then the upgrade is free and already in your account. Both books are Electrum best-sellers at DriveThruRPG.

Wasteland Wanderers is a 136-paged set of D&D 5th edition rules for players that give them post-apocalyptic character options.

The ten playable races included are;

You can download Wasteland Wanderers from Itch.io (who Spilled Ale Studios thank for taking a smaller commission) or from DriveThruRPG for $9.99.

Wasteland Wares is another 5th edition compatible supplement and reaches to 158-pages in length.

This download contains equipment, but also player options and rules designed to make it easier and better to run post-apocalyptic RPGs.

You can also download Wasteland Wares from DriveThruRPG or Itch.io for $11.99. 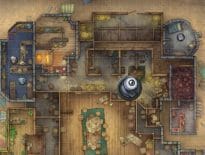 Sites Owlbear Rodeo is a free to use virtual tabletop 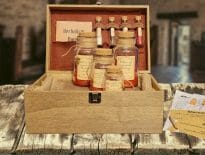