You are here: Home / Books / Comics / Anthrax to publish Among the Living graphic novel

Metal band Anthrax has partnered with Z2 Comics to release an official Among the Living graphic novel.

Why? Well, the band had drinks with legendary comic book creator Grant Morrison after a gig in Glasgow, and it went from there.

I pitched a Judge Dredd story for ‘I Am The Law’ that I’d been thinking about for a while. It was an idea I actually talked to Grant about one night after an Anthrax show in Glasgow over a few drinks. This idea has stayed with me, I’d never written it down, it was one of those ideas that would smack me in the face every few months demanding to be recognized, I just didn’t have an outlet for it. And then I did have an outlet with this project but, we didn’t have the rights to use Dredd in our book. You have to ask right? So we sent my idea to the kind folks at Rebellion and they green-lit my story. And there my friends is the moment where everything came full circle for me as a life-long comic nerd and the as the guy in Anthrax. Thank you Among the Living for making it all happen.

Now Grant is one of the writers on the project. Among the Living has an extensive list of talent working on it. There’s Gerard Way, of the Umbrella Academy, Mikey Way, Brian Azzarello, Eric Powell, J.G. Jones, Greg Nicotero, Corey Taylor, Rob Zombie, Brian Posehn, Rick Remender and Joe Trohman among many names involved.

Doing a comic book has always been a huge goal for me. I’ve tried for years, but something always comes up and sidetracks me. I was ecstatic when Josh Bernstein brought the idea to us to do a graphic novel based on our album Among the Living. I felt that it was the perfect time and opportunity to fulfill that dream. I am a lifelong artist and have been drawing during the pandemic more than ever, so I had the idea to bring my own artwork to this project. As a fan of the Judge Dredd series since the 80’s, it was an honor to create cover art based off of Dredd and Judge Death. The amount of talent that is going into this project is astounding, I scratch my head just thinking about it!”

The anthology pays tribute to the landmark 1987 album and celebrates the band’s 40th anniversary.

Anthrax to publish Among the Living graphic novel 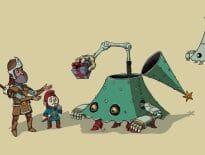 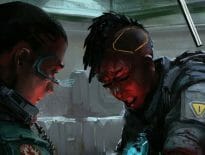