Redditor /u/Deltagon showed off their Minecraft design talents with an amazingly detailed and complex cyberpunk cityscape.

Shared on the Gaming Reddit the image has picked up hundreds of awards. Some users, though, are asking whether it’s real.

There are no neon bricks in Minecraft.

While the details are scarce, the image seems to hold up to scrutiny given that /u/Deltagon was upfront about two sets of post-production adjustments.

Once the towering cyberpunk tower block was built an image of it was imported into Cinema 4D. That’s where the glowing neon writing and the background steam was added.

I gotta say as well, not sure if was possible at the time but nowadays with many shaders u can change block ids to make blocks emissive with their coloring even if they are not supposed to be emissive, so u could have neon colours. What doesn’t line up but makes sense with their explanation as it is a very processed image, is the shape of the lettering , on the scale that the lettering is built on its impossible to make the lettering look that round. But seeing as this is a highly processed render I expect a lot… Read more »

Yeah, I think that’s likely. Have you seen anything similar? 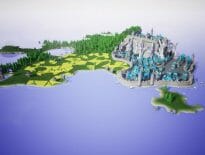 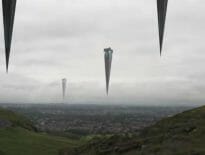