You are here: Home / Books / Competition: Queen of the Dark Things 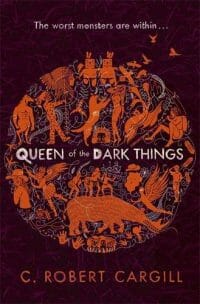 Queen of the Dark Things

He’s been compared to Neil Gaiman but has his own, strangely chummy, way with words and in Queen of the Dark Things C. Robert Cargill takes us on an adventure not just to Australia but to the world of the faerie.

Following on from Dreams and Shadows, Queen of the Dark Things is set half a year wizard Colby lost his best friend to an army of fairies. He defeated the army from the Limestone Kingdom but in doing so he’s made a dangerous name for himself.

To win a copy of the book simply log into the widget below and answer the poll question. Doing so earns you points and each point is a chance to win the book. Really want to win? Check the widget for a second time.

Competition: Queen of the Dark Things

Tabletop & RPGs Victorian Horror: Rippers Resurrected comes to lif…
💰 Copper Coins 💰 Geek Native is an affiliate and may earn commission on purchases you make from third-party sites.
🍪 Privacy & Cookies 🍪 The site uses cookies to survive. By accessing the site, you agree to use your browser to control cookie use or take 1d4-3 privacy damage (tracking). If you defeat cookies via ad blocking, please consider the Patreon. An intro to cookies, and how to control them, can be found here. I Manage Cookies