Pinnacle Entertainment Group have another Kickstarter success on their hands. At the time of writing, there are just three days left on the Savage Worlds: Rippers Resurrected RPG campaign. PEG asked for $5,000 and have over $65,000 in the bank. You can check out the full details on Kickstarter.

People are thinking about Halloween but I don’t think that’s why Rippers is doing great on Kickstarter. It’s a straightforward campaign for a good looking game. The name “rippers” comes from the powers and treasure ripped from the horrors that stalk the shadows. These Ripper heroes may wield the latest technology, practice magic, engage in holy miracles or even use weird biotechnology taken from the creatures they hunt.

The 2005 Rippers was a setting for the, at the time, new Savage Worlds RPG system. The heroes took on Jack the Ripper and his cabal of villains which included Dracula and Frankenstein. In the new offering, Rippers Resurrected, there’s a new enemy intent on restoring power to an ancient evil. You don’t have to have played the first in order to play the new setting.

As you’d expect from Pinnacle there are well thought out pledge levels and over 30 backers have gone for the $225 top tier. 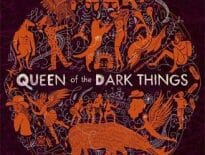 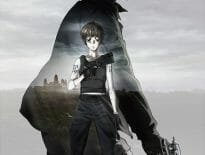 Movies Double or quits: A review of Psycho-Pass the Movie…
wpDiscuzComment Author Info