You are here: Home / Games / Mobile / The Calamus is an ambitious pitch for the future of roleplaying

The Calamus would like be a hugely valuable companion app for your tabletop experience. It’s being designed for smartphones and desktop.

The goal is to take some of the mess out of the tabletop experience and therefore to make it more convenient and easy to do.

Whether it’s creating hundreds of different maps, designing PCs and NPCs or even combining those to allow a remote, real-time, game the app aspires to replace some of the elements from the tabletop.

I like the “play when you want pitch”. TrapStreet Studios explain;

Push notifications and in-app chat make it easy to carry on a game or battle throughout the more mundane parts of your week. You could also spend that time building maps and tokens, preparing for an upcoming session.

I could actually see that melee that the group didn’t finish off on Sunday night extending into the working week, even if we’re in different cities, and being slowly finished off turn by turn. It would be a chess like experience to the tactics of a tabletop RPG.

I think the map-making aspects of The Calamus will appeal to many. It’s hard to draw great maps unless you’re lucky enough to enjoy artistic talent. Many gamers are arty and great maps swoosh around online, flaunting their design and their creator’s skills. The result? My maps, perhaps your maps, are found wanting. The Calamus may be the cure.

There’s a lot of “may” in this write up for the Kickstarter project. That’s because Geek Native has dug up the pitch with 18 days on the clock. The project has banked $3,400 or so from nearly 130 backers. That’s not too shabby but with software development, especially cross platform development, costs being what they are – The Calamus needs $125,00 to complete.

Right now that goal feels like an aspiration. It’ll take some last minute and fairly significant blog coverage to push the project on to the final line. That said; I’m going to back it. It looks good. The idea is solid. Even if the campaign isn’t successful this time I don’t think The Calamus app will die and if it’s going to come then I’d like to be in the update circle.

Corey Hine, co-founder of TrapStreet, explains the idea behind the program.

The idea of The Calamus is to give players and game masters the tools they need to run a game in the same room or from across the world. It’s a flexible sandbox for tabletop RPGs that includes hand-drawn parchment-style tiles for making maps, bold and unique tokens to represent PCs, NPCs, and enemies, and a system for tracking stats and information that isn’t tied to any specific ruleset and even encourages house rules. It’s designed to run on Android and iOS phones and tablets, as well as Mac and PC desktop computers. More than anything, we want The Calamus to be as flexible as possible, no matter the platform or game.

The Calamus is an ambitious pitch for the future of roleplaying 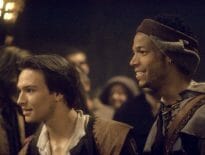 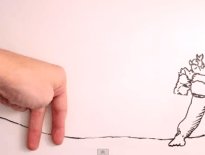