You are here: Home / Games / Tabletop & RPGs / The Angus Abranson interview: A look inside Chronicle City

Angus Abranson is very well known within RPG circles and is associated with games like The One Ring, Doctor Who and The Laundry Files. Along with Dave Allsop he co-founded Cubicle 7 in 2003, secured backing from Rebellion in 2009 and took it fulltime. The surprise came in November 2011 when Angus announced he was leaving Cubicle 7.

Nearly two months later and Angus’ LinkedIn profile now describes him as the owner of Chronicle City. Geek Native saw this as a chance to pounce, pester and try and find out more.

Q1. Can you give us an introduction to Chronicle City? What’s the plan?

There’s a million stories in the big city and Chronicle City is a place where you can turn one corner and find yourself somewhere else entirely. It’s a nexus point between worlds where even just popping to the corner store to buy milk could lead you into the outer reaches of space where alien Gods frown upon you, cornered by a rampaging horde of Goblins or trying to survive in an ecological damaged and dying near future.

Chronicle City is a new company which will be publishing a variety of games, from both our own design teams and in partnership with other companies and designers, across the RPG spectrum and also in the card and board game arena.

We’re already working with a number of companies, some that I’ve worked with previously, to bring their games into print and retail distribution and help get the books onto gaming tables so people can explore new and old worlds alike.

Q2. Is that why you felt it was the right time to leave Cubicle 7?

There were a number of reasons behind my departure at Cubicle 7. Cubicle 7 was a company I founded years ago and I’m very proud at what we achieved with the company, especially in the last few years. It taught all involved a lot, especially over the last three years going fulltime and really expanding the range, licenses and partnerships at a very high rate. I think, for print products, our releases were only outstripped by Paizo and for the last two years we had among the most Ennie Award Nominations of any company in the industry (Paizo again beating us there alongside Evil Hat in 2011 with the brilliant Dresden Files RPG) and I’m hoping to see a few Cubicle 7, and partner, releases amongst the nominees again this coming year – especially with games such as The One Ring and Airship Pirates which were big hits and got a lot of critical acclaim from reviewers and gamers alike.

“It was certainly emotional leaving Cubicle 7 behind, but the company has some great games and partners and I look forward to seeing it develop going forward.”

It was certainly emotional leaving Cubicle 7 behind, but the company has some great games and partners and I look forward to seeing it develop going forward. I think, for me, it was the right time to leave and in doing so it has enabled me to put to use the experience I’ve gained into a new project to help develop and grow. In some ways Cubicle 7 was like an Apprenticeship – everyone involved was learning and growing new skills. Finding out what was working, what wasn’t, and it was a fantastic journey for the most part, and one I certainly don’t regret.

Q3. It’s a tough economic climate out there, we can see the continued strength of computer games and the monumental rise of causal games on the likes of Facebook. What do you think RPG publishers need to do to thrive in 2013?

The RPG business is certainly a very tough market, and I wouldn’t recommend anyone quit their day job to start up a brand new company – especially if they’ve not worked in the games industry before and are either a ‘name’ in the industry or have a lot of support from within the industry and a great sense of community support and marketing know-how.

One of the key things for smaller and mid company growth and survival is the community aspect. It’s the relationship that you have with the people who play your games. The interaction with them and being able to motivate them to be ambassadors of the games you are producing – talking about them on forums, running games not only at their own gaming tables but at conventions, clubs and even in stores. To get them feeling a real sense of community, a connection with you, and interacting with them on social sites such as Facebook and Twitter as well as on not only your own Forums but some of the other Forums and mailing lists out there. We’ve seen some companies really build upon this interaction – Evil Hat, Arc Dream and Paizo have all succeeded in cultivating a passionate fanbase in recent years who are eager to be involved and support pretty much all their endeavours. Obviously this is also helped immensely by producing absolutely cracking games.

I also think diversification in what you produce, as well as your IP, is very important. RPGs are great for creating often complex and stunning worlds that players can lose themselves in and explore for hours on end. This level of detail and background is almost unheard of in many industries. Utilise the fact that you’ve developed this great setting and try and expand it from RPGs in to board or card games, novels or comics, or Facebook or Smartphone aps. In creating a RPG you’ve done a lot of the hard work in building your world so don’t be shy and try and show it off in ways that people who wouldn’t normally look at RPGs (or don’t have time to) might possibly discover it too. A number of RPG-orientated companies are looking at creating non-RPG products based on their RPGs and I think this trend will increase. Both because of being able to reach new fans and also in an effort to increase the money they can make to support the games, company and the roof over their head.

I think it’s wrong to presume, or ask, the RPG community to do more to support publishers. If you are a fan of a game, or interested in a game, then you’ll buy the book or the PDF. That’s supporting the publisher. If you like the game then try and run it with your group and introduce them to it – maybe try and run a game at a local club, convention or store. Write a review, join in discussions on Forums, talk about the game and help spread the word.

If you want to get more involved talk to the publisher to see if they have a demo program, or playtest scheme you can get involved with. Many publishers are very keen for people to run their games at conventions and might be able to provide support material or scenarios for you to do so. Some may even have reward programs in place as a thank you for doing so.

“At the end of the day it’s down to each company to produce good games that people want to support and try and make sure they promote those games and get the word out as widely as possible.”

There is an argument that says if you are a fan of a game you should buy direct from the publisher as that gives them more money which keeps them alive, and to a certain extent many publishers do rely on direct mail order and convention sales to tip them into profitability but I’m also very keen that people also support their local game stores too. Local stores are a treasure trove of new games and also act as a great meeting place for gamers in the local community to find other people to game with and talk to, thus possibly introducing others to different games. Supporting brick and mortar stores was very much in the forefront of our minds when a few of us (Fred Hicks, Simon Rogers, Richard Iorio and Shane Ivey) brainstormed and developed the Bits & Mortar scheme that allows people who buy a physical book from participating companies in a retail store to also get a PDF of that book free of charge.

At the end of the day it’s down to each company to produce good games that people want to support and try and make sure they promote those games and get the word out as widely as possible.

Q5. What should we look out for from Chronicle City first?

We’ll be announcing our first wave of partnerships shortly. Some of our partners have products ready to go so it shouldn’t be too long before you’ll start seeing the Chronicle City logo on books in your local store and at conventions.

We’re also developing two new gamelines ourselves. Someone already mentioned that when I left Cubicle 7 Genesis Descent, a new cyberpunk setting that I was developing there, left with me and that’s certainly one of them. There is also some support material we’ll be working on for some other systems as well a possible license or two that I can’t talk about until ink is put to paper.

We’ve also got some cracking card and board games – which we should at the very least be previewing prototypes of at UK Games Expo at the end of May.

Questions and comments for Angus? Leave them below and we’ll make sure he gets them. You can watch Chronicle City.com too as a website will be appearing there soonish.

The Angus Abranson interview: A look inside Chronicle City

time to read: 7 min
Books Review of The Further Adventures of Sherlock Holme… 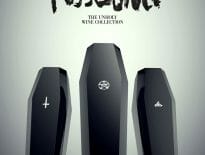