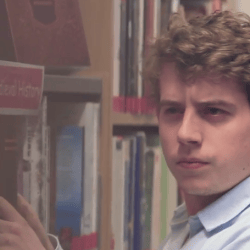 Ah… excuse me, there’s a knight here. A very British reaction to a prank. This viral stunt was filmed to support the launch of The Librarians on Syfy UK. The new series, which is a spin-off from the movie franchise, started on the 8th of December. It took 12 special effects experts and an undercover […]