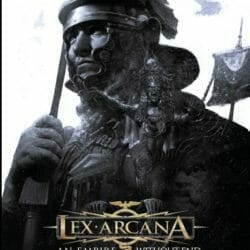 Depending on where you are you might already be a big fan of Lex Arcana. It’s a hugely popular game. The Dark Eye is very popular in Germany, for example, and Trudvang Chronicles in Sweden. as Lex Arcana is an alternative history fantasy game in which the powers of divination magic kept the Roman Empire […]