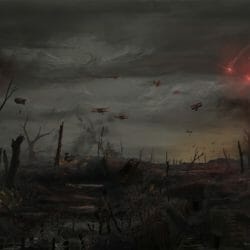 The War genre is widely variable. Depending on nation creating the media, the level of patriotism acceptable in the cultural environment and the directors intent, a ‘War Story’ can be anything from a heavily edited propaganda piece, meditation on the cost of war, a high action thriller, documentary or long running comedy that also makes […]

"Abandon the search for Truth; settle for a good fantasy"
Manage Cookie Consent
This site uses cookies 🍪, and links are ads that may earn bloggers some money 💰, and with this alert, I very much hope that these dark truths 🧌 are acknowledged.
Manage options Manage services Manage vendors Read more about these purposes
Preferences
{title} {title} {title}
Loading Comments...