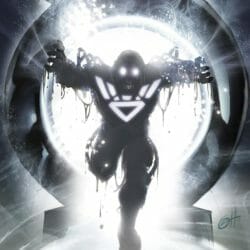 Perhaps it’s the aura of the film – the film which isn’t a film yet – but I’m getting more and more excited by Green Lantern. There’s a Black Lantern Corps. Who knew? It’s been a discovery of mine in recent months. In fact there’s a whole rainbow of Lantern Corps. We’ve even had Guy […]