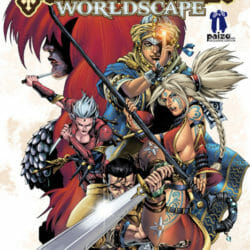 The big press release from the two companies says that the Pathfinder, Worldscape and Starfinder marathon kicks off off tomorrow, October 11th, at 11am Pacific Time on the Official Paizo Twitch stream. The only problem with that is tomorrow is the 12th. I’ve taken a peak at Twitch. Right now in Paizo land there’s the […]

"Geek Culture, from AD&D to Zoids"
Manage Cookie Consent
This site uses cookies 🍪, and links are ads that may earn bloggers some money 💰, and with this alert, I very much hope that these dark truths 🧌 are acknowledged.
Manage options Manage services Manage vendors Read more about these purposes
Preferences
{title} {title} {title}