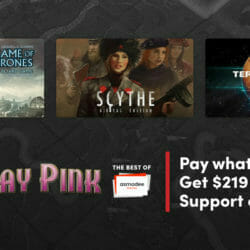 The deal launched on the 8th, runs through to the 29th and supports breast cancer charity research. 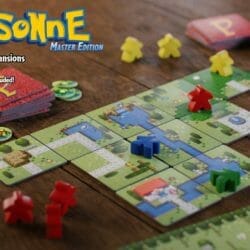 Redditor FiammaFenice has shared some amazing photographs of the board game Carcassonne re-themed into a game of Pokemon. 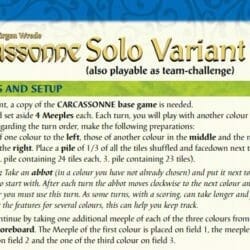 Each turn you will play with one of the three colours alternately and try to score as many points as possible. 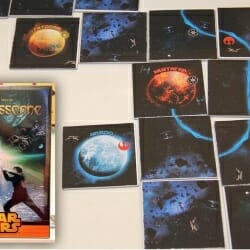 Board game publisher Hans im Gluck Verlags has announced Carcassonne Star Wars will be released in the autumn of 2015. The news came via Twitter after a public preview at the international toy fair, Spielwarenmesse, in Nuremberg. Cassonne was designed by Klaus-Jurgen Wrede, published first in Germany by Hans im Gluck and has gone on […] 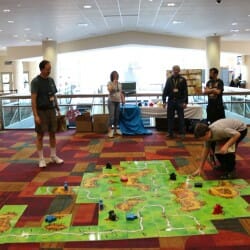 There’s a lot going on at Gen Con and sometimes it happens away from the booths and panels. The official Gen Con Facebook shared this picture of such an outbreak of geeky goodness. It’s Giant Carcassonne! Look at the size of those meeples. You’d not have to worry about the cat attacking the board and […] 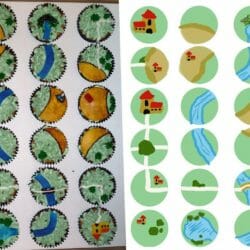 For the grand opening of Edinburgh Games Hub, local gamer and Geek Native advisor, @theweird1ne wanted to bring along some home baking. The challenge was to bake something that would stand out among all the gamer goodness. The solution? Carcassonne cupcakes. The catch? The Games Hub logo is a meeple. Carcassonne also needs meeple. For […]

Hans im Glück is the German publisher who own the very popular board game Carcassonne. Carcassonne is also available as a computer game via Xbox Live – which goes some way to show just how global it has become. Up until this month Rio Grande Games had the rights to publish the English version of […]