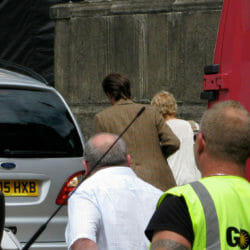 We’re doing quite well with the photographs from the Christmas Special filming at Cardiff Coal Exchange. We’ve had a sneak peak of Michael Gambon heading in for filming – good to see Dumbledore on Doctor Who. Now we’ve got access to early pictures of Matt Smith, as Doctor Who, and wearing a new jacket. There […] 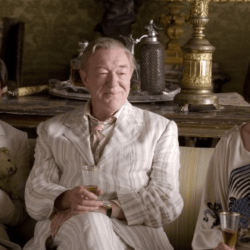 The BBC has confirmed that Sir Michael Gambon will have a significant role in the 2010 Doctor Who Christmas Special. Gambon, who is probably best known for playing Harry Potter’s Professor Albus Dumbledore, will appear alongside Welsh singer Katherine Jenkins. She seems pleased, Jenkin’s told the press; I’m over the moon to be involved in […]