You are here: Home / Geek Stuff / Behold the bling of The Amulet of Life hit point tracker

Mike Evans is an animator and an artifact designer at The Imperial Forge. The animation is the day job, designing fantastic artifacts for the theatre and tabletop is the hobby and why he’s on Kickstarter with The Amulet of Life.

The mirrored dial is a mechanical way to keep count of up to 999 hit points (life) or any other stat important enough to warrant such bling. The goal was $3,000, but the shiny device has impressed Kickstarter, and with three weeks still on the lock there’s over $7,000 pledged. You can see the latest figures on the pitch page.

The Amulet of Life is Mike Evan’s first Kickstarter campaign, but if everything continues as smoothly, it may well not be his last.

As the video explains, the dial is simple to use; hundreds on the outer ledge, tens in the middle and units by the impressive gem in the middle. A pointer on the side tells you which dimple to read from.

Appearance is obviously a factor for the Amulet of Life, and there are plenty of customisations you can do with your Kickstarter; picking the wood, crystal and whether you want a gold or silver mirror.

There are some spaces in The Amulet of Life first phase and to join, getting the padded case and customised Amulet, you need to pledge $75.

Behold the bling of The Amulet of Life hit point tracker 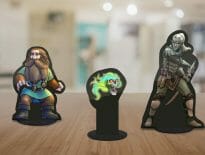 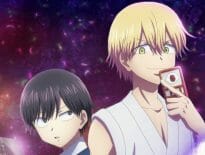 Anime Dr. Ramune -Mysterious Disease Specialist- gets a …
wpDiscuzComment Author Info
Manage Cookie Consent
This site uses cookies 🍪, and links are ads that may earn bloggers some money 💰, and with this alert, I very much hope that these dark truths 🧌 are acknowledged.
Manage options Manage services Manage vendors Read more about these purposes
Preferences
{title} {title} {title}
Loading Comments...