You are here: Home / Geek Stuff / These are the Critical Role Foundation charity partners

Critical Role, the hugely successful actual play team, want to leave the world a better place than they found it – although I hope they’re not going anywhere.

The D&D gamers have created the Critical Role Foundationa as a 501(c)3 non-profit organisation. In other words; it’s an organisation that can collect donations (100% tax-deductible in the US) and work with charities.

Where does the Critical Role Foundation money go?

85% of any money you give the Critical Role Foundation will go to charity partners, which are listed below. 10% is put aside for emergencies, and 5% is spent costs (such as wages and other bills).

The campaign right now is for the Native Youth & Culture Fund to raise money and help communities of Americans who have been hit hard by COVID-19.

You can donate here.

These are the Critical Role Foundation charity partners 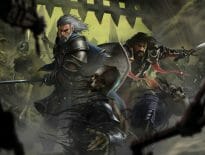 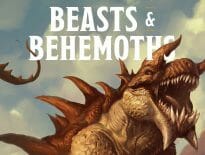 Books A look inside D&D’s forthcoming Beasts …
wpDiscuzComment Author Info
Manage Cookie Consent
This site uses cookies 🍪, and links are ads that may earn bloggers some money 💰, and with this alert, I very much hope that these dark truths 🧌 are acknowledged.
Manage options Manage services Manage vendors Read more about these purposes
Preferences
{title} {title} {title}
Loading Comments...