You are here: Home / Games / Tabletop & RPGs / Wizards of the Coast will bring back three D&D settings; here’s what fans hope for

At D&D Celebration 2020 yesterday, during the closing panel, the Dungeons & Dragons boss Ray Winninger told us that the company is working on three old settings coming back to the franchise.

I can tell you that there are three of the old settings that we’re working on right now that you’ll be seeing in the next year or two, including some that the fans have been asking for a very long time.

Fans began to speculate as to which of D&D’s old settings these could or should be. The 155,800 strong Dungeons & Dragons 5th Edition Facebook group opened a poll. At the time of writing, that poll has been live for 18 hours and has nearly 1800 votes.

Dark Sun leads the pack. There are already impressive fan conversions for Dark Sun and, no doubt, plenty of appetite for it.

In Dark Sun, the world has been reduced to wasteland because of magic. There are no gods and barely any resources, however, psionics are common.

There is some debate as to whether Dark Sun aligns with Wizards of the Coast’s intended direction for D&D, but those feel like creative challenges that can be overcome.

In the second place, there is Dragonlance and the world of Krynn. The first Dragonlance D&D adventure came out in 1984, Dragons of Despair and, technically, the last Dragonlance release from Wizards of the Coast was The Fate of Thorbardin in 2010 by Douglas Niles.

Tracy Hickman, Laura Hickman and Margaret Weis’ high-fantasy setting has the High God and his children war against Chaos, dragons are sometimes common, depending on the era and Draconians warriors for kingdoms’ armies are made from corrupted dragon eggs.

Spelljammer, in third space, is fantasy in space in which crystal spheres can hold many different worlds and space travel happens on ships with Spelljammer helms.

Spelljammer is a setting which helps connect other settings together, acting as a realm between appropriate campaign worlds.

The Facebook survey reveals some fans are hoping for another setting; the most common of those being Birthright.

Wizards of the Coast will bring back three D&D settings; here’s what fans hope for 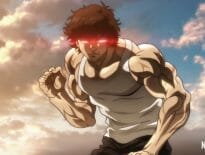 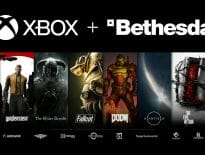