French board game company Monolith has announced an official Batman RPG on their Facebook page.

The publisher said this about the new Batman RPG;

Monolith’s roleplaying game set in the Universe of the Caped Crusader allows you to dive into this imposing city in depth, defending Gotham as a vigilante or a police officer.

Remaining true to the essence of Batman, as portrayed in the comic books, was our overriding vision. It’s allowed him to survive 80 years as a Pop Icon, living through multiple media and platform transformations.

So, with that goal firmly in our minds we have assembled a team of Batman Universe Masters and roleplaying games Masters to bring you 5 Batastic books.

– Gotham’s Heroes by François Verstraete – A fully adapted D20 System Rulebook
– Gotham City Guide by Xavier Fournier and Alex Nikolavitch, helped by François Hercouët, editor for the French publisher of DC Comics. A mighty reference tome, detailed and exhaustive, an insight into the City and the world of the Bat.
– Gotham’s Chronicles by Nicolas Texier, Olivier Caïra and Mahyar Shakeri – A book of scenarios to test your resolve.

And, in order to provide the broadest roleplay experience possible, the remaining 2 books will be Campaign settings revealed during the Kickstarter campaign.

You can play as the city’s well-known vigilantes and criminals, but also your own creations, or face the tough calls and grind as a Gotham City Police Department officer, who have much to be pitied for in a city like Gotham City.

It is an ambitious project and we’re looking forward to telling you more about it. International artists will be illustrating the books and here’s some teaser sketches for Gotham’s Map by Olivier Sanfilippo as well as rough sketches by Anthony Jean. Stunning!

Monolith produces the Batman Gotham City Chronicles board game. Season 2 of the board game launched on Kickstater in June last year, ran for only 14 days and drew in €1,316829. 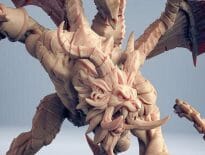 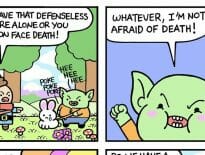